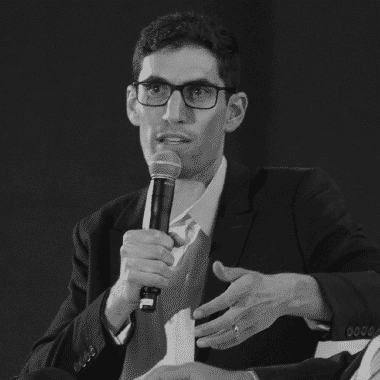 Alon is a Founding Partner at GHV (Goren Holm Ventures), which invests in and also incubates projects related to blockchain technology, digital currency, crypto assets and marketing and/or servicing those products. Alon is also Co-Founder of Crypto Invest Summit. He is an investor, speaker, host and leader of one of Southern California’s largest group of investors and entrepreneurs, 805 Startups, with a laser-focussed eye on building and supporting startups and entrepreneurs. A pioneer in the crowdfunding space, Alon had been involved in over $200 Million Dollars in online investment transactions. He has developed technology that powers websites and financial transactions for Fortune 500 companies and well-known foundations such as Coca-Cola, American Express, ATB Financial and Global Philanthropy Group. InvestedIn, Alon’s previous company, created a white label fundraising portal for individuals and businesses hoping to crowdfund ventures independently of major platforms. Later, his support of the JOBS Act, online media expertise and day-to-day interactions with venture funds, investors and financial professionals inspired him to create a solution to market hedge funds, real estate funds and venture funds to investors over the internet. Before InvestedIn, Alon worked for entertainment tech giants such as Amazon, IMDb and MySpace where he managed customer experience, product development and support. InvestedIn was named “Best Marketplace Platform” by the Los Angeles Venture Association in 2013 and he was named to the Socaltech 50 for his work with InvestedIn. Alon is a thought leader on social enterprise, venture capital and crowdfunding, and has spoken at SXSW V2V, Kingonomics and many other conferences and been featured in prominent publications including Forbes, WSJ, Washington Post, TechCrunch and VentureBeat.

Interact one-on-one with Alon Goren and other speakers in VIP lounge with an DECENTRALIZED ticket. Register now with a 30% discount